Behind the Scenes with the Burke & Hare Creators

Behind the Scenes with the Burke & Hare Creators

The latest BLO Deconstructing Opera Salon: The Nefarious, Immoral but Highly Profitable Enterprise of Mr. Burke & Mr. Hare took place on October 31, where guests joined us for a panel discussion, lunch and to observe a rehearsal.  We welcomed the following panelists to discuss the creation of Burke & Hare:

Not only is Halloween thrilling and scary – so is creating an opera!  Esther Nelson, BLO’s Stanford Calderwood General & Artist Director explained that in making a World Premiere, one must embrace risks.  “Art is about taking risks,” especially when there is so much pressure for art to be perfect. 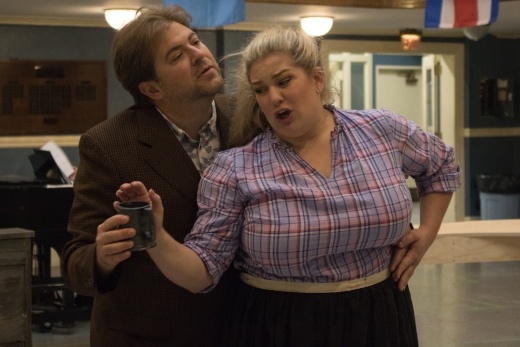 So, how does one succeed in creating an opera?

Collaboration is somewhat new to the field – it’s no longer just the composer and librettist creating the opera.  The panelists unanimously agreed that you need a whole team. In Schweizer’s view, this is a golden moment in new works.

Campbell would agree that American opera is in its “Golden Age” and even proclaimed that BLO is at the head of it.  Burke & Hare is unique in that both the Stage Director and Conductor are being brought into the creation at a much earlier than they normally would be.  More so, Grant and Campbell welcomed their participation. 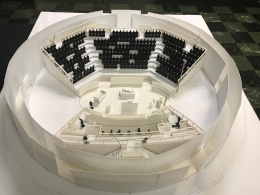 This team’s collaboration is telling, especially in the rehearsals, where Angus is able to ask Grant and Campbell exactly what they meant – something that can’t be done when conducting Mozart!

Interested in attending the next Deconstructing Opera Salon?  Learn about becoming a Partner Level Donor where you’ll receive Season-long invitations.