As 2017 comes to a close, we can't help reflecting on a year of incredible opera moments here at BLO—both on and off our "main" stage! Take a tour through our "Top Ten" memories from 2017...

BLO's Signature Series explores the deep and rich connections between opera and other art forms—and what better way to do that than to journey through the MFA galleries? January's Opera Promenade Concert took 30 lucky attendees through a walking tour of the European galleries that paired masterworks from the collection with music from the opera, bringing stories and artworks to life. Plus, we'll be back in January of 2018 with a brand-new route! Tickets available at MFA.org in early January. 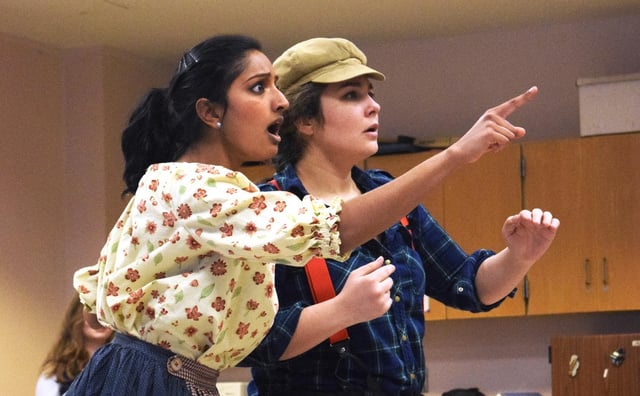 Each year, BLO's Education team takes professional artists to perform in classrooms throughout Greater Boston, as a kick-off to our classroom opera creation process. In February of 2017, we launched these Artist Classroom Visits in a new format—an abridged, experiential version of Hansel & Gretel that had students laughing, performing, and learning about music! We also launched a partnership with the Boston Public Library system during public schools' winter break, providing six free performances to Boston-area youth. Stay tuned in 2018 for our annoucment of dates and times this February when you can catch these performances! 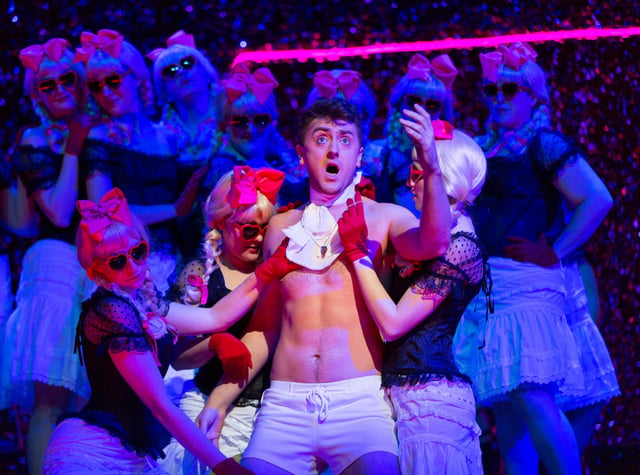 #7: The Marriage of Figaro 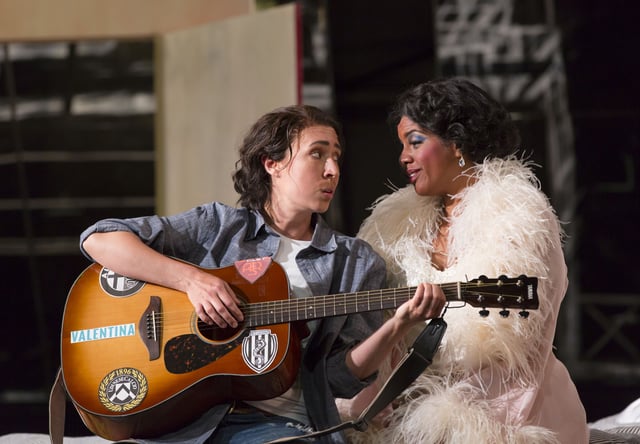 Our 40th Anniversary Season closed with one of opera's most beloved works—Mozart's The Marriage of Figaro, performed at John Hancock Hall in April/May. Set in an imagined Italian villa in the 1950s, Evan Hughes (Figaro), Emily Birsan (Susanna), Emily Fons (Cherubino), David Pershall (the Count), and Nicole Heaston (the Countess) wowed audiences with incredible vocal performances. "A cast of singers so marvelous that one would be lucky to hear them do Marriage of Figaro anywhere they offered it," wrote the Boston Globe! (Image: T. Charles Erickson) 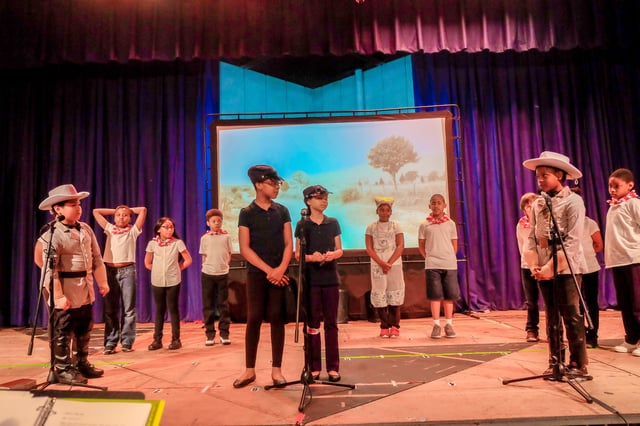 Thirteen original classroom operas were created in nine partner schools throughout Greater Boston through BLO's flagship school partnership program. BLO staff and teaching artists guided students and teachers through the process of writing, composing, and performing their works, which tackled subjects from the building of the Transcontinental Railroad, to the Three Little Pigs, to stories of the Civil War. These student performances in June are always an inspiring highlight of BLO's year! 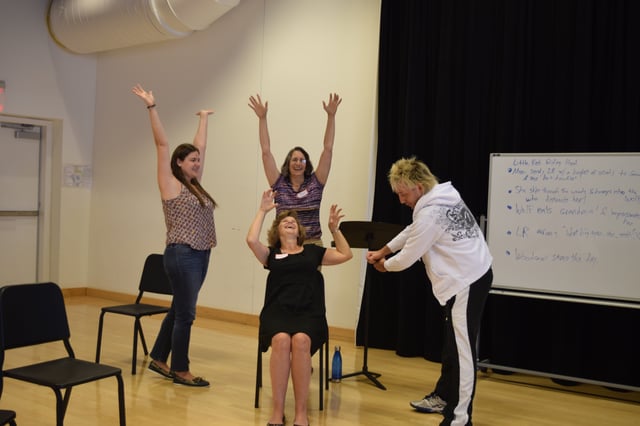 In August, BLO offered its seventh year of professional development for educators, centered in the national arts-integrated curriculum Music! Words! Opera!. For the first time, we offered ongoing skill deepening for returning educators, as well as a practicum component—VOICES Boston Children's Chorus students joined us each afternoon so that teachers could immediately "try out" new lessons under the guidance of master teaching artists. 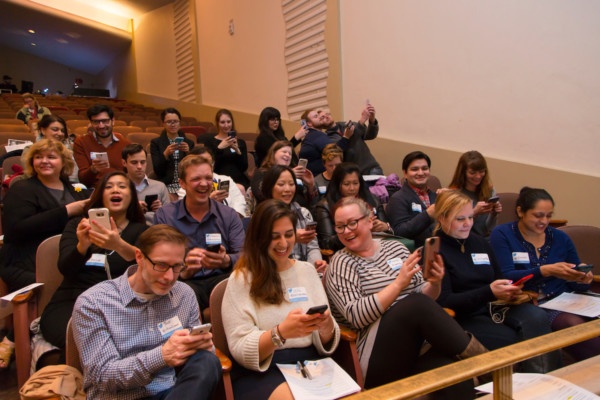 First launched in the 2016/17 Season, BLO invites local social media mavens to live-Tweet at Final Dress Rehearsals—and in the fall of our 2017/18 Season, we expanded the HYPE TEAM to include Twitter, Facebook, and Instagram users! The Hype Team's posts are always witty, original, and deeply engaged with the opera, and their enthusiasm and buzz has created a following all its own. Follow us online, or if you're local, apply to join us in person! 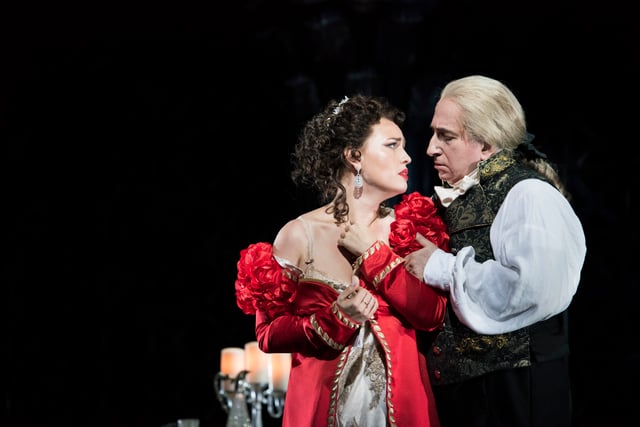 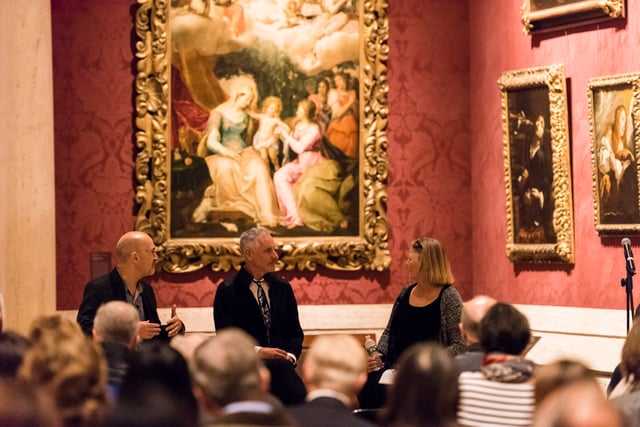 Unlike much of the opera canon, presenting a world premiere meant that we had the opportunity to hear from the creators, live and in person! We were thrilled to showcase composer Julian Grant and librettist Mark Campbell at the Museum of Fine Arts, leading up to the opening of The Nefarious, Immoral but Highly Profitable Enterprise of Mr. Burke & Mr. Hare. Their engagement with audiences made the performances so rich and meaningful! (Image: Liza Voll Photography)

#1: The World Premiere of The Nefarious, Immoral but Highly Profitable Enterprise of Mr. Burke & Mr. Hare 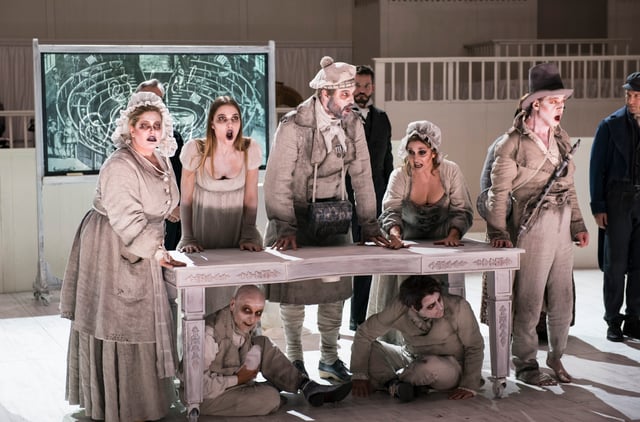 How could we recap 2017 without highlighting BLO's first full-length world premiere, The Nefarious, Immoral but Highly Profitable Enterprise of Mr. Burke & Mr. Hare? At once a period drama, a black comedy, and an incisive take at social issues that persist today, Burke & Hare was a triumphant addition to the world of opera and an important conversation-starter for our community. "[BLO's] most inventive and beautifully constructed new work in years….A large dramatic score…a witty, thoughtful libretto [with] a fascinating narrative and scathing lyrics," said the Boston Musical Intelligencer. (Image: Liza Voll Photography)