From the first moment on, it’s clear that the pairing of Julian Grant, composer, and Mark Campbell, librettist, is no ordinary collaboration. During a winter conference phone call, in which the conversation ranged from their families and childhoods to favorite films to, most importantly, their upcoming World Premiere with Boston Lyric Opera—The Nefarious, Immoral but Highly Profitable Enterprise of Mr. Burke & Mr. Hare—the two artists described an exciting and fruitful meeting of the minds that has grown into a partnership in the truest sense of the word. “We just have a lot of fun working together,” said Grant. “I’ve never really felt that it was work.”

Based on true events, The Nefarious, Immoral but Highly Profitable Enterprise of Mr. Burke & Mr. Hare—often referred to as Burke & Hare for short—is set in the bustling and fierce world of Edinburgh, Scotland, 1828. Anatomy dissections at the school of the renowned Dr. Robert Knox were popular—but fresh bodies were scarce. The opera follows the gruesome tale of two working-class men who discovered they could turn a pretty penny through murder, and of the “good” doctor who looked the other way. All told, Burke and Hare smothered more than a dozen victims, selling the bodies to Dr. Knox’s school, before they were caught and tried, in a case that riveted the United Kingdom.

Grant and Campbell were brought together in 2012 by Diane Wondisford at Music-Theatre Group in Brooklyn, NY, which commissioned and developed Burke & Hare. Wondisford was working to get the rights to an unproduced Dylan Thomas screenplay on the subject, which was later adapted by Sir Ronald Harwood and released in 1985 as The Doctor and the Devils. Campbell agreed to work on spec for the project, and, when the screenplay rights weren’t obtained, he and Grant decided to continue working on the opera regardless and create an original libretto. “The early meetings that Julian and I had discussing this subject were some of the most fruitful, exciting meetings I’ve ever had,” Campbell remembered. “… I can’t even really properly credit either of us with all of the storytelling ideas; the collaboration was that fluid.” 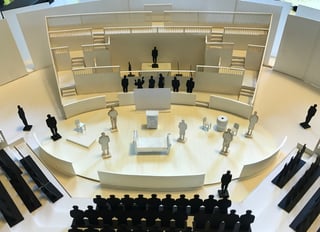 After their initial meeting, Campbell spent time at the Hermitage, an artists’ retreat in Florida, and penned the first draft of the libretto. With that in hand, Grant began asking questions. “He was really terrific at narrowing in on a few issues in the first draft, helping me understand what was missing and what could be corrected,” remembered Campbell. Their back-and-forth refined the events and direction of the opera, and Grant began setting the text to music. The story is dark but compelling: When William Hare’s lodger dies of illness, leaving his rent unpaid, Hare turns to his friend William Burke for advice. The two men decide to sell the dead man’s body to Dr. Knox’s school of anatomy, netting a tidy profit. With the gleeful encouragement of their wives, the pair turn next to murder, targeting mainly the poor and itinerant. Dr. Ferguson, assistant to Dr. Knox, suspects wrongdoing, but Dr. Knox coerces his silence. Grant and Campbell saw quickly that the story needed more balance, and so they introduced several of the victims into the narrative of the opera. The victims sing their own stories, comment on the action, and provide emotional resonance to the piece. 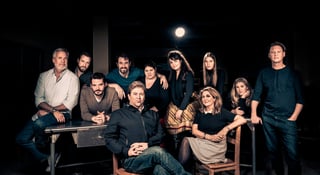 Grant and Campbell are both committed to a theatrical vision of Burke & Hare that walks the line between the dark and the vaudevillian, the macabre and the entertaining. “It’s a very serious piece, but it’s also very flippant and silly at the same time in places,” said Grant. The opera had a workshop in December, 2016, in New York City at Music-Theatre Group; recalling it, Campbell noted, “What I felt succeeded most in terms of the text are lines that are brutally funny and kind of cruel. And what I thought succeeded most in the music is its incredible intensity and theatricality.”

Grant spoke during the call of his inspirations and style, noting that, as a composer, he strives for clarity and craftsmanship. “One of my great heroes, and I don’t speak a word of Czech, is the composer Janáček, who takes speech rhythms from the Czech language and puts them into the music, so that they’re the basis of all,” said Grant. “I don’t think I do that to the same extent … but the idea is to get some of Mark’s great lines and zingers to ping
through. Because there are a lot of punch lines—either ha-ha, funny punch lines or some rather devastatingly horrible punch lines. And the music attempts to heighten those. … The great thing about opera—and I think probably more in opera than you get inmusic theatre—is that the words and the drama can say one thing and the music can very subtly undermine it, in the best way. So you can reveal a lot about a character who is saying one thing, and the music is telling you he’s meaning another. And there’s an awful
lot of that double-edged quality in the scenario and the actual verbiage that Mark writes. It’s a gift, really.” 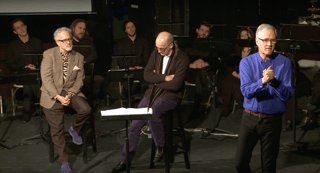 Burke & Hare was performed in selections in January 2017 at the OPERA America New Works Showcase, giving the team another opportunity to see it on its feet; that performance was repeated with a Boston cast at the Boston Center for the Arts in February for a small group of donors and supporters with Grant present, as well as David Schweizer, stage director. “I really rely on David for astute dramaturgical advice,” said Campbell. A longtime opera director with several BLO credits—The Love Potion (2014), Macbeth (2011), The Emperor of Atlantis, or Death Quits (2011)—Schweizer offers musical and dramaturgical insight, listening intently to provide his view of what will work best dramatically. David Angus, conductor of the World Premiere production and BLO Music Director, was also present and has become instrumental in giving feedback and input to the creators.

With the World Premiere approaching, Grant and Campbell are busy with a few rewrites, tightening up some sections, ratcheting up the drama in others, and enjoying these last few months working together closely. This partnership has had special resonance for both. “It’s been a really powerful collaboration because, first of all, I trust [Grant’s] judgement, I trust his knowledge of drama, and I trust him as an artist,” said Campbell. “Mark is a born librettist,” returned Grant. “… I’ve actually never worked with a librettist that I’ve been this happy with before.”

With Burke & Hare, both men agree that they want audiences to be swept into the story, left without much time to think or react—like a “roller coaster ride,” in Grant’s words. Only after you disembark, when the final note has been sung, can your ringing mind begin to process what it all means. Audiences will get the chance to board— for the first time—this November.

This article was orginally published in the Fall 2017 issue of Coda magazine.