Who are the Dissenters and Rebels of opera? In celebration of our 2018/19 Season, we took a tour through opera history to find seven examples that upended societal expectations, charted their own course, or inspired others to imagine the world anew.

It may be impossible to talk about revolutions and opera without circling back to that iconic, endearing, clever barber, Figaro—an archetypal character who has transcended genres, charmed generations, and helped inspire a revolution. 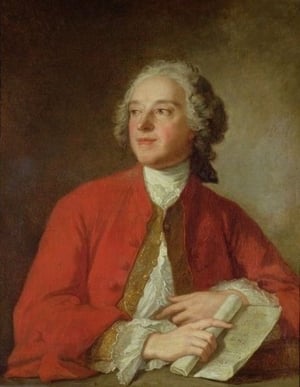 The Figaro that we opera-fans know and love was drawn from the trilogy of plays by Pierre-Augustin Caron de Beaumarchais: The Barber of Seville, The Marriage of Figaro, and The Guilty Mother. Barber was initially conceived as a comedic opera but was rejected, so Beaumarchais revised it as a play and it premiered in 1775. He followed its success with the even more provocative Marriage of Figaro,which shocked the king so much in its first private royal readings that it did not officially premiere until 1784. After that, Figaro became France’s single biggest theatrical success of the 18th century. Later, after the dizzying political and social changes of the French Revolution, Beaumarchais returned to the characters once again with The Guilty Mother, which premiered in 1797 but never captured the same spirit or success of the two earlier works.

So what was it, exactly, that made Figaro so incendiary? Beaumarchais used the familiar stock characters of commedia dell’arte to espouse egalitarian ideals and to reject the class system of his time in a way that connected with the philosophical and political currents and electrified the masses. The Barber of Seville follows a familiar commedia dell’arte story line: a beautiful young ingénue is coveted by her greedy, older guardian, but is ultimately saved by a dashing, young Count and his clever servant. From the beginning, especially in the play, the Count Almaviva and the barber Figaro are presented as equals in wit and cunning, and in fact, Figaro’s suggestions of disguises and ruses are instrumental in their ultimate triumph.

The Marriage of Figaro takes this concept of equality between the classes even further. Faced with evidence that the Count is planning to seduce his own betrothed, Figaro goes so far as to challenge his place in society and the concept of social hierarchy itself. “Because you are a great nobleman,” he says to the Count, “you think you are a great genius. Nobility, fortune, rank, position! How proud they make a man feel! What have you done to deserve such advantages? Put yourself to the trouble of being born—nothing more!”*

These were radical, innovative ideas. This was the age of Rousseau, the influential philosopher whose works such as Discourse on Inequality (1755) and The Social Contract (1762) challenged the authority of the monarchy and helped lay the groundwork for a new political order in France. Speaking of The Marriage of Figaro, King Louis XVI presciently remarked, “For this play not to be a danger, the Bastille would have to be torn down first.” A mere five years later, the Bastille indeed fell—and the French Revolution had begun. Both the king and his wife, Marie Antoinette, were guillotined in 1793.

Mozart adapted The Marriage of Figaro in 1786, and Rossini premiered The Barber of Seville in 1816 (though several other composers tackled it first, most notably Giovanni Paisiello). Both operatic adaptations tone down some of the fiery political rhetoric of the plays. Mozart and Da Ponte worked hard to pass their work through Viennese censors and were ultimately more interested in exploring human foibles than they were in espousing egalitarian ideals. In Rossini’s hands, the wit and charm of Barber became fodder for bel canto vocal showstoppers and a reinvention of the opera buffa form. However, the archetypal Figaro remains fresh, appealing, clever, resourceful, and irresistible throughout—a rebel who is just beginning to find his cause.

BLO opens the Season of Dissenters & Rebels with The Barber of Seville! Tickets & more:

*From the translation by John Wood