Who are the Dissenters and Rebels of opera? In celebration of our 2018/19 Season, we took a tour through opera history to find seven examples that upended societal expectations, charted their own course, or inspired others to imagine the world anew. 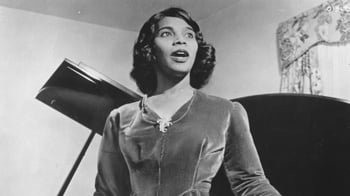 The internationally acclaimed contralto, Marian Anderson, was thrust into the public spotlight after a controversial rejection from one of the nation’s prominent concert houses. The incident garnered the attention of the First Lady, Eleanor Roosevelt, and spiraled into a must-see event on Easter Sunday in 1939, which sparked further action in the Civil Rights movement, and eventually, Anderson's landmark debut as the first black singer at the Metropolitan Opera.

Anderson was the eldest daughter of a working class family in Philadelphia, whose early career was encouraged and funded by her community. After years of studying she won first prize in a vocal competition held by the New York Philharmonic in 1925 and made her Carnegie Hall debut in New York in 1929. Shortly after that, she went to Europe to study music and to master foreign languages and had a wildly successful European tour in 1933. Her concert programs always included classical art songs such as German Lieder and French mélodie, and ended with some Spirituals.

In 1936 she began touring the US extensively with the Hampton University concert series. With each performance, Anderson’s popularity increased and audiences grew so large that the University had to find larger venues. They applied for the use of  Constitution Hall in Washington, D.C., a venue which was established and managed by the Daughters of the American Revolution (DAR) to host their annual conventions. However, due to a  previous incident with the singer Roland Hayes in 1932, the DAR had decided that only “white artists” would be permitted access to the hall, and Anderson’s application was denied.

The fact that Anderson had been celebrated at prestigious European concert halls shaped public outrage at the clear racial discrimination against this respectable black concert artist. The controversy intensified further when First Lady Eleanor Roosevelt, aware of the injustice, resigned from the DAR, as her feelings were “in complete disagreement with the attitude taken in refusing Constitution Hall to a great artist.” 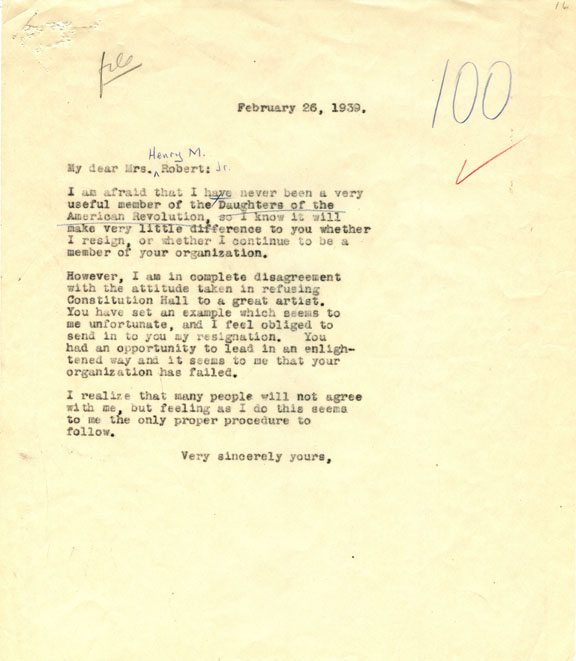 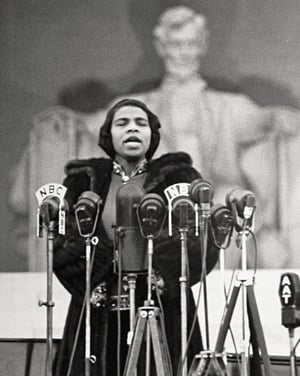 After months of petitioning to no avail, arrangements were made to have a concert outside  in front of the Lincoln Memorial on the National Mall. The Easter Sunday concert was spearheaded by Anderson’s manager and the National Association for the Advancement of Colored People (NAACP), with Anderson dramatically positioned just below Lincoln’s imposing statue. The event was broadcast nationwide at 5:00 pm, April 9, 1939, by NBC, with and 75,000 people in the audience on the Mall.

Anderson realized that her performance in Washington had taken on a life of its own. As she described in her autobiography, “In principle, the idea was sound, but it could not be comfortable to me as an individual  . . . [but] my significance as an individual was small in this affair.” Despite Anderson’s reservations about grandstanding during the escalating controversy, she performed with the understanding that  “I had become, whether I liked it or not, a symbol representing my people.”

These realizations and the grander context of the performance influenced the repertoire she chose to perform. The concert opened with My country ‘tis of thee, and included America the Beautiful along with the impressive aria O mio Fernando from Donizetti’s La Favorita, Schubert’s Ave Maria, and three Spirituals: Gospel Train, Trampin’, and My soul’s been anchored in the Lord. Anderson ended the historic performance with the encore, Nobody knows the trouble I’ve seen.

There was a more direct, personal protest in what Anderson chose to sing for her encore; she rose above the public demands for a spectacle and decided to bear private witness to the troubles black women had been encountering, and still do encounter, when confronted with both institutional racism and societal expectations communal pressures. By raising her voice in song and presenting a mastery of art song with a multilayered and emotionally rich vocalism, she spoke out for the oppressed and inspired marginalized voices to emerge from the crowd in her footsteps.

Through her perseverance, Anderson succeed in breaking the long-standing color barrier when she appeared on the  Metropolitan Opera House stage for the first time in 1955 as Ulrica, in Verdi’s Un Ballo in Maschera. The timing was bittersweet, as she was 58 years old and no longer in the prime of her vocal life, but she was very well received with eight curtain calls on the night of her debut. Baritone Robert McFerrin—father of jazz singer Bobby McFerrin—followed Anderson as the first male African-American Met soloist. He appeared in Verdi’s Aida as Amonasro on Jan. 27, 1955, just twenty days after Anderson’s debut. Anderson opened doors for other great singers of color to take the stage including Gloria Davy, who was the first African-American to sing the title role of Aida at the Met Opera, Mattiwilda Dobbs, Reri Grist, Leontyne Price,  Martina Arroyo,  Grace Bumbry, Pretty Yende, and more.

Her legacy continues today through the mission of the Marian Anderson Award, which honors critically acclaimed artists who have impacted society in a positive way, either through their work or their support for an important cause. 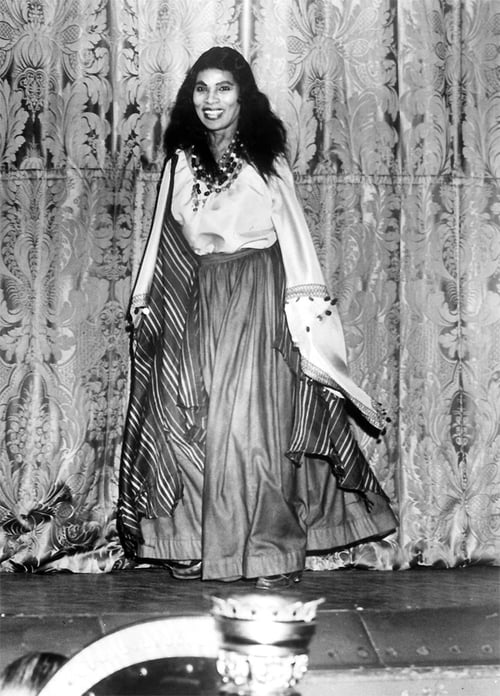 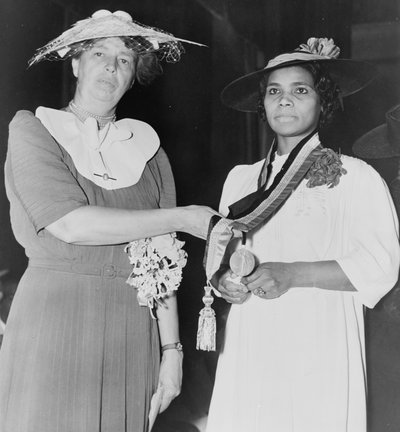 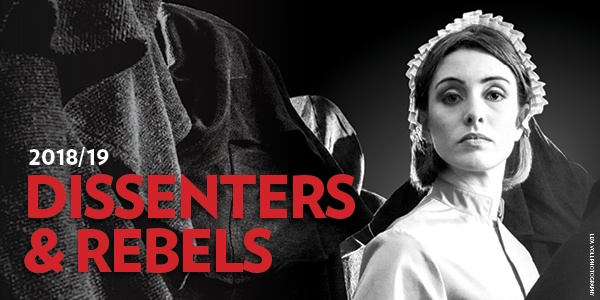 Marian Anderson in a photo by Michael Ochs Archives/Getty Images

Anderson, at the curtain call of her Metropolitan Opera debut on January 7, 1955. The contralto sang the role of Ulrica in Un Ballo in Maschera.OPERA NEWS Archives.