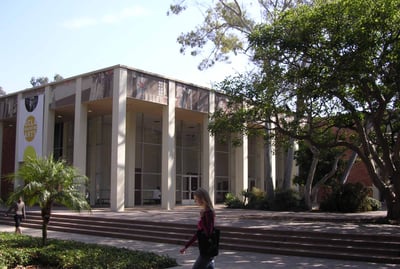 Arnold Schoenberg juggled multiple national and religious identities during his long creative life: Austrian, German, Jewish, Protestant, American. Born into a Jewish family in 1874 in Vienna, capital of the diverse Austro-Hungarian Empire, he died as an American citizen in Los Angeles in 1951. Although his native language was German, he never possessed either Austrian or German citizenship. He disliked Vienna, the city with which he is most strongly associated, and lived for long periods in Berlin. When the country of his birth dissolved in 1918 at the end of World War I, he became in a real way stateless.

As a young man Schoenberg rejected the Jewish faith and became a Lutheran, then returned to Judaism as an adult. Fleeing the Nazis, he sought refuge in the United States in 1933, settling in California in 1934. So attached did he become to his new home that he and his family decided not to return to Austria or Germany after the fall of the Nazi regime at the end of World War II. And yet, he chose to be buried in the Central Cemetery in Vienna, near Beethoven and other great men of Austro-German music.

Through all these dizzying geographic and personal dislocations and re-identifications, however, Schoenberg retained his single most important identity: as a composer. Negotiating these shifts became simply a way of life. Wherever he was, music always came first. It was the touchstone that he clung to and that defined his existence.

The last and arguably happiest period of his life Schoenberg spent in Los Angeles, where he left a lasting imprint on the musical and cultural community—and where he was given the economic and personal freedom to pursue his art. On the evergreen grounds of the University of California, Los Angeles, below palm-lined Sunset Boulevard, the music school’s main building and library both bear his name. Inside the library, the composer’s bust stares at the students gathered in the reading room. The weathered chalkboard Schoenberg used in his classes still hangs in the office of one of the faculty members.

Herr Dr. Prof. Schoenberg taught at UCLA for eight years, from 1936 to 1944. The composer’s first stop when he arrived in the U.S. in October 1933 was Boston, where he was briefly employed by the Malkin Conservatory, but the cold climate worsened his asthma; he quickly departed. For him, California was “the most beautiful point on the earth.”

In a speech delivered in LA in October of 1934, in his still German-flavored English, he gave thanks. “I came from the one country into another country where neither dust nor better food is rationed and where I am allowed to go on my feet, where my head can be erect, where kindness and cheerfulness is dominating and where to live is a joy, where to be an expatriate of another country is the grace of God. I was driven into the paradise!” 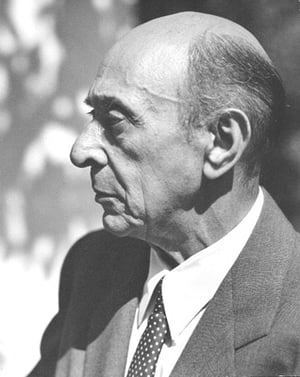 But like many other creative artists who sought refuge in Southern California from the political disaster unfolding in Europe in the 1930s, Schoenberg found that the life of an exile had its challenges. When he arrived, he was already a man of 60. Adapting to a radically different language, climate and culture at that age took considerable patience and effort. It helped, of course, that his huge reputation as one of the most important figures in the recent history of German music preceded him. It opened doors to the rich and powerful of what was a booming metropolis and the center of golden-age Hollywood film industry. It helped, too, that the great movie studios had been mostly founded by an earlier wave of immigrants from Eastern Europe, men whose parents had escaped anti-Semitism in the Russian and Austro-Hungarian empires. (Several studios approached Schoenberg to write film scores, but he never produced one.)

Schoenberg joined a growing group of exiled composers, writers, actors and directors (many of them German-speaking) who viewed him with respect and admiration—and a certain degree of awe. One of the first important cultural figures to seek asylum from Nazi terror in the United States, many others followed his example in the coming years. By the early 1940s, Los Angeles could rightfully be called “the music capital of the world.” Residing there were the Russians Igor Stravinsky, Sergei Rachmaninoff, Jascha Heifetz and Vladimir Horowitz; the Hungarian Miklos Rozsa; and the Austro-Germans Erich Korngold, Ernst Toch and Ernst Krenek, among others. Besides them, the major German writers Thomas Mann, Bertolt Brecht and Theodor Adorno settled either temporarily or permanently in Los Angeles.

Defining and developing his identity in the midst of this diverse émigré community and in the wider American “melting pot” tested Schoenberg’s outsized ego and made him question his place in the world. In her insightful study Schoenberg’s New World: The American Years, musicologist Sabine Feisst suggests that the composer’s status gradually changed during his 18 years in the United States from “refugee” to “exile” to “immigrant.”

This did not mean, of course, that Schoenberg completely abandoned his previous Austro-German identity, or that he embraced all aspects of American life. Although he enjoyed many external features of the American dream, living in a Spanish colonial home in the upscale environs of Brentwood Park, with Shirley Temple and Cole Porter as neighbors, he also remained an outsider who scrupulously maintained many rituals of the European life he and his wife had left behind. The Israeli sociologist Shmuel Noah Eisenstadt has also asserted that Schoenberg’s Jewish consciousness deepened while he lived in the United States, because here “a Jew could be, or at least aspire to be, accepted as part of the American collectivity without giving up some type of Jewish collective identity and activities.”

Kevin Starr, the dean of California historians, has written that Schoenberg never really managed (or rather, tried) to assimilate. “Despite his long residence in LA, from 1934 to 1951…Schoenberg remained a figure so detached, so alienated, as to seem not to exist in Los Angeles at all, or at the least, not to derive much satisfaction from his life there.”

But this seems a one-sided assessment. True, Schoenberg continued to speak German with his wife, and preferred to socialize with other German-speaking émigrés. Their somewhat insular world gained the humorous nickname of “Weimar on the Pacific.” Among themselves, these displaced composers, performers, writers, playwrights, film directors, actors and architects often indulged in romantic memories of their lost European existence. They even coined a witty term for this collective act of nostalgia: “bei-uns-ki,” from the German phrase “bei uns daheim war alles besser”—“Back home in Europe everything was better.” The imposing novelist Thomas Mann, with whom Schoenberg had a complicated love-hate relationship, insisted grandly that he was able to maintain his German identity anywhere, including his luxurious home in Pacific Palisades: “Where I am there is Germany.”

And yet the Schoenbergs always invited Americans along with Europeans to their legendary Sunday afternoon parties, where a lavish assortment of Viennese delicacies was served. Two of the Schoenbergs’ rambunctious children were born in America, exposing them further to American youth culture. Although he always spoke with a strong accent, Schoenberg became fluent enough in English so that he could teach and deliver lectures. He reportedly liked American food, particularly ice cream, and made peanut butter and jelly sandwiches for his children. The mild, sunny climate allowed him to play his favorite sport of tennis year-round. American movies and television he regarded with a certain disdain, but he confessed to a fondness for “The Lone Ranger” and “Hopalong Cassidy.” At Thanksgiving, the Schoenbergs sat down to the traditional American ritual of a turkey dinner with all the trimmings.

As a professor at UCLA, Schoenberg interacted with a wide variety of students. How much he enjoyed this activity is a matter of debate. He once famously complained about the “inadequate grounding” of the students, and quipped that “my work is as much a waste of time as if Einstein were having to teach mathematics at a secondary school.” And yet his students included such major future figures in American music as John Cage, Lou Harrison, Leon Kirchner, David Raskin, and the prolific film composer Alfred Newman. They regarded him with affection and gratitude.

Did Schoenberg ever come to consider himself an American composer? The answer is a resounding, “No.” In an interview with The Los Angeles Times in 1950, one year before he died, Schoenberg remarked, “If America changed me, I am not aware of it.” He expanded on this idea in a conversation with Olin Downes of The New York Times: 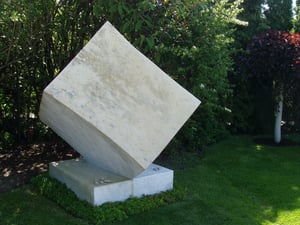 “The musical culture of a nation certainly takes on a racial or at least a national style. Here am I, educated in music from the German standpoint. I cannot think music in some other way—in the way that Bizet thought music from France or a Verdi from Italy. I have been trained in another way and have grown up in it. Therefore the German culture certainly tinges my music. I feel from Americans a different musical attitude or instinct toward harmonic relations than my own. I confess to you that I can feel this difference more readily than I can define it. It is something to be studied, and it should mean something to music.”

German, Austrian, Jewish, American—none of these identities can completely define Schoenberg. Music was his nation and his religion.