BLO Artistic Advisor, John Conklin,
gives us a sneak peek at his costume design for
The Flying Dutchman: 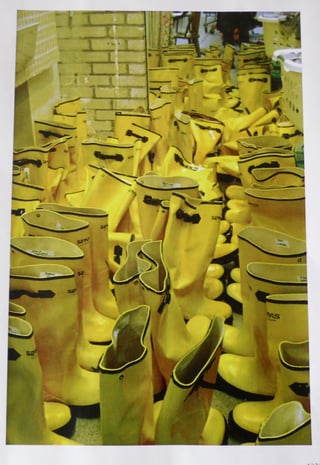 We use over 100 rubber boots in this production--
both for male and female working (and  partying!) outfits. 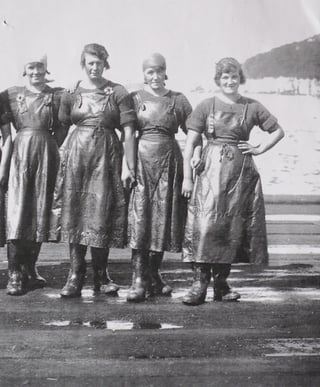 This photo of 19th Century Scottish workers was the evocative source for
the women's costumes in the so-called "Spinning Scene." We have
diverged somewhat from Wagner's specifics as our female Chorus are
engaged in what is more a fishing village task; gutting and grinding up
fish. 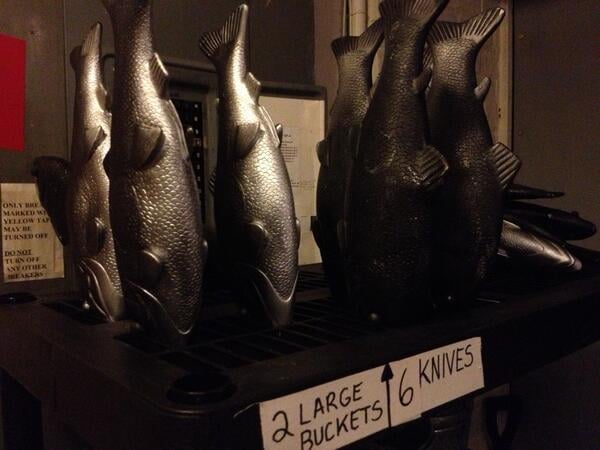 And speaking of fish-- we've made over 100 of these slippery little creatures.

They are black "satin-like" forms filled with sand and sprayed with silver.

But it is not grim work all the time. There is a party (of sorts) during which the ladies discard their dark, rubber aprons and don an almost flamboyant range of patterned blouses and skirts. 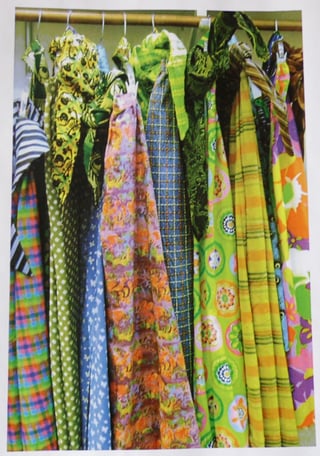