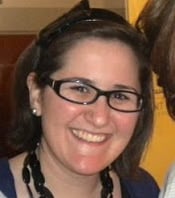 After
a fun night at the opera (fun and opera in the same sentence? Who knew?) and
some mingling with the BLO Bunch after the show, I have to reflect on some
highlights of BLO’s production Agrippina.
Overall I was pleasantly surprised by my experience at Agrippina. I knew a little bit about Baroque opera before the
show  (mostly thanks to this blog), but I
definitely was not expecting to laugh as much as I did. From David Trudgen’s
portrayal of Nerone as a spoiled, cocaine snorting, martini-toting mama’s boy;
to the girl talk scene in which Agrippina (Caroline Worra) gets Poppea
(Kathleen Kim) unwillingly drunk, I was laughing, along with the rest of the
audience, for most of the show.
When
I wasn’t laughing, I was feeling sorry for Ottone, the one true honest
character in the show.  Ottone’s aria in
the 2nd act where he learns everyone believes him to be a traitor
because of a lie started by Agrippina was just heart-heartbreaking. Countertenor
Anthony Roth Costanzo’s soothing voice emphasized the innocence of Ottone and
made the audience sympathize with the character even more.
What
stood out for me the most (fabulous singing aside, of course), was that the
show took the extravagant, corrupt characters from centuries ago and made them
hilariously relevant and appealing to us in 2011. From the costumes to the
subtle choices made by each character, this production made this ancient story
feel applicable in many ways to modern times.
Overall,
Agrippina combined aesthetically
pleasing sets and costumes with tremendously talented singers (who appeared
with such natural ease and comic timing upon the stage) to create a refreshing
take on one of Handel’s classic works.
- Katie McNamara, Saint Anselm College