HIGH FIVE: Get to Know SCHOENBERG IN HOLLYWOOD in 5 Minutes or Less

SCHOENBERG IN HOLLYWOOD
An Opera by Tod Machover
Music by Tod Machover
Libretto by Simon Robson
Based on a Scenario by Braham Murray
Commissioned by Boston Lyric Opera
Sung in English with English surtitles
Length: Approximately 90 minutes

THE STORY: AN OVERVIEW

It is 1935. Arnold Schoenberg has escaped the horror of Nazi Germany. The great innovator and self-proclaimed torch-bearer of German music now finds himself a refugee amongst the palm trees of California, playing tennis and teaching music composition at UCLA. “Once upon a time,” he muses, “the future was me. Now…it is annihilation.” How will the exiled artist move forward?

Arnold has accepted an invitation to meet wunderkind MGM producer Irving Thalberg with a view to writing music for the burgeoning film industry. “Find new audiences; find new friends,” Thalberg counsels. This young Mephistopheles offers the modernist the mass audience he had been denied: “We can tell every man’s story,” says the glamorous, ambitious spokesman for the new, universal Art of cinema.

Troubled and tempted all at once, Arnold returns to his students. “I could play to a million people. And yet…who am I?”

Before he can look forward, he must look back. Unable to resist the thought-experiment, he engages with his own, innate musical playfulness: “What if?” he asks. What would the story of his life be, told in the new language of music and movies? “Play!” he tells his students.

“We will do it together,” they sing.

So, aided by his loyal students, he begins an imaginary odyssey through his past—seeing the events of his own life as if told through the medium of film.

Adapted from the synopsis by librettist Simon Robson. 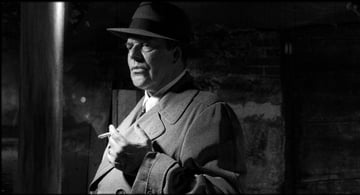 AN EXPLORATION OF FILM

Alongside its exploration of Schoenberg’s identity and biography, Schoenberg in Hollywood is equally a study in film genres and history. The opera is structured as an imaginative series of episodes from Schoenberg’s life, and each “chapter” takes on a different film genre and aesthetic, which help to emphasize the themes and content. For example, Schoenberg’s bitter confrontation with his unfaithful wife and her lover is conveyed with elements of film noir and Humphrey Bogart; when Schoenberg and Gertrud move to California, we are suddenly in the world of Old Western film classics, complete with allusions to their famous soundtracks. Look out (and listen up) for references to the Marx brothers, Disney, romantic movies, and more. 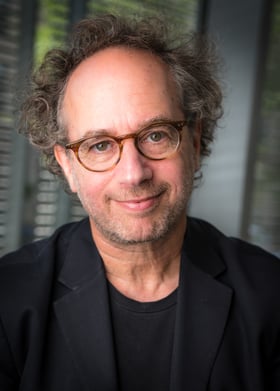 ABOUT THE WORLD PREMIERE PRODUCTION

• It’s fitting that an opera with so many film elements will have its premiere in the Emerson Paramount Center on the Robert J. Orchard Stage, which originally opened as a 1930s Art Deco movie house. It was restored by Emerson College and reopened in 2010. BLO last performed there in 2016 with Mark-Anthony Turnage’s opera, Greek.
• Tod Machover, composer of Schoenberg in Hollywood, is a world-renowned composer as well as the Academic Head of the MIT Media Lab. The popular video games Rock Band and Guitar Hero developed out of his Lab, and he was a 2012 Finalist for the Pulitzer Prize in Music for his “robotic opera” Death and the Powers. BLO performed Machover’s opera Resurrection in 2001 at the Shubert Theatre.
• Schoenberg suffered from triskaidekaphobia, a fear of the number 13. He was warned by an astrologer as he neared the age of 76 (7+6=13), and in fact he died on July 13, 1951—a few months before his 77th birthday.

Join BLO for the World Premiere production of Schoenberg in Hollywood!