Quickstart: The Rape of Lucretia

THE RAPE OF LUCRETIA
Music by BENJAMIN BRITTEN
Libretto by RONALD DUNCAN
After the play by ANDRÉ OBEY
By arrangement with Boosey & Hawkes, Inc., publisher and copyright owner
Sung in English with English surtitles
Length: Approximately 110 minutes, with no intermission 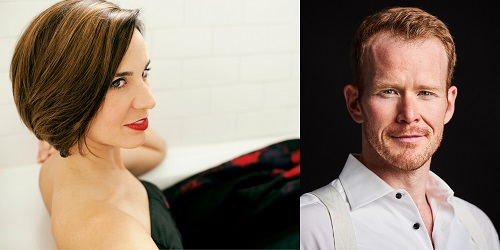 WORLD PREMIERE
The Rape of Lucretia had its World Premiere on July 12, 1946 by the Glyndebourne English Opera Company in Sussex, England.

FORCES
The Rape of Lucretia is the first of Britten’s “chamber operas,” which he envisioned as bold, ambitious works composed on a relatively small scale for intimate settings. The opera features a cast of eight singers and just 13 players in the orchestra. He wrote the part of Lucretia for the renowned mezzo-soprano Kathleen Ferrier; his longtime partner, tenor Peter Pears, sang the role of the Male Chorus and soprano Joan Cross, a frequent collaborator, sang the Female Chorus.

SUPER-SHORT SYNOPSIS
The Rape of Lucretia contains scenes of sexual violence, misogyny, and suicide. In order to help you best prepare for the opera, please note that this synopsis contains plot details and events.

A Male and Female Chorus explain that Rome has been seized by a foreign power, with Tarquinius its debauched new prince. They describe themselves as observers from a later, Christian era.

At evening in the military encampment, Tarquinius, Junius, and Collatinus are drinking. The previous night, a group of generals had ridden home to Rome and found their wives engaged in infidelity—all except Lucretia, wife of Collatinus. Junius goads Tarquinius into testing Lucretia’s virtue.

At home, Lucretia is at her spinning wheel along with her servants. Tarquinius unexpectedly arrives and is offered hospitality. Later, he steals into Lucretia’s room and wakes her with a kiss. Lucretia begs him to stop, but Tarquinius rapes her.

Day breaks; Lucretia sends a messenger for Collatinus, who soon arrives with Junius. Lucretia tells him what Tarquinius has done and, rejecting his words of comfort, stabs herself. As Collatinus sinks beside his dying wife, Junius uses the dying Lucretia as a symbol to incite the public to rebellion.

The Female Chorus searches for meaning in all this suffering and pain. The Male Chorus answers her with a message of Christian faith.

AN ANCIENT LEGEND
The story of Lucretia can be traced back to ancient times and was first recorded in Livy’s colossal History of Rome (Ab Urbe Condita). Written in Latin between the years 27 and 9 BC, History originally comprised 142 books, of which about 35 have survived to the present day. According to legend, Lucretia’s rape and subsequent suicide provoked the rebellion that toppled the monarchy and established the Roman Republic in 509 BC, but historical reality and myth-making were already long commingled by the time Livy took up his pen.

INNOCENCE LOST: BRITTEN’S OPERAS
Benjamin Britten (1913–1976) is a towering (if somewhat controversial) figure in 20th-century music, whose works include orchestral and chamber pieces, operas and vocal music, and film music. Britten’s operas often portray the struggle of an outsider against a hostile society or deal with themes of innocence corrupted. Peter Grimes, for example, depicts an antagonistic individual at odds with his gossipy, insular community; after possibly abusing and causing the death of two of his young apprentices, Grimes loses his mind and is encouraged to end his own life. Through the story of Lucretia, Britten found another vehicle for exploring the difficult, allegorical space where sex, violence, chastity, and politics collide.

A STORY OF VIOLENCE—WITH CHRISTIAN OVERTONES
Though based on a pagan myth, Britten and Duncan added an overtly Christian message to the opera through the roles of the Male and Female Chorus, who narrate the story from an outside perspective, thereby also providing an interpretive frame to the tale. In the Epilogue of the opera, following Lucretia’s suicide, the Female Chorus is overwhelmed by the despair of the story, asking, “Is all this suffering and pain, / is this in vain?” The Male Chorus answers her with a message: “For us did He die that we might live, / and He forgive wounds that we make, / and scars that we are. /  In His passion is our hope, Jesus Christ, Saviour, / He is all!”

This Christian overlay has been controversial since the opera’s premiere, with some lauding its moral of hope and redemption, while others find that its veneer of piety serves to justify an ultimately patriarchal system that sacrifices women on an altar of male power.

ABOUT THE BLO PRODUCTION 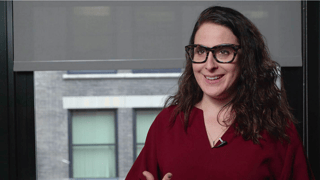 Stage Director Sarna Lapine makes her BLO debut with The Rape of Lucretia. The niece of Broadway veteran James Lapine (Into the Woods, Falsettos, and Passion), Sarna served in assistant director positions, directed several pieces Off-Broadway (notably, including the recent world premiere of The Pussy Grabber Plays at Joe’s Pub in NYC), and made her Broadway directorial debut with the 2017 revival of Sunday in the Park with George.