Get to know three of the composers featured in BLO's upcoming community concert series, Crossing the Line to Freedom, created in partnership with Castle of our Skins. In the spotlight this week: Margaret Bonds, Undine Smith Moore, and Dorothy Rudd Moore--three incredible women with equally powerful stories to share! 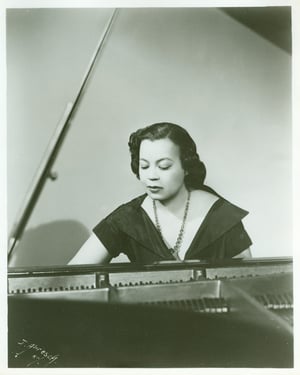 
Margaret Bonds was a product of and contributor to an illustrious artistic community. Her mother, Estella, was a respected musician in early-twentieth-century Chicago, and the Bonds family often spent Sunday afternoons listening to prominent black artists, including singers Roland Hayes and Lillian Evanti, gather and perform in their living room. Bonds played the piano and composed from an early age. Among her first teachers was Florence Price, who became a lifelong mentor and confidante; in 1933, Bonds was the soloist at the premiere of Price’s Piano Concerto. After receiving both undergraduate and graduate degrees from Northwestern University, Bonds moved to New York City in 1939. There, she worked glamorous and not-so-glamorous gigs – writing pop songs, serving as audition pianist for Broadway shows, washing dishes – as she found a foothold in the city’s musical community. Her successes soon accumulated: she performed and toured frequently, became choir director at Mt. Calvary Baptist Church, and wrote a large number of art songs and other works.

Bonds’s compositions are stylistically wide-ranging. Her early inspirations included Will Marion Cook’s jazz-infused romanticism and Harry Burleigh’s deft arrangements of spirituals;  she would ultimately make over 50 such arrangements herself. Bonds was also intrigued by the expansive aesthetic possibilities of large-scale theatrical works. One of her most ambitious compositions is Credo (1965), an epic seven-moment piece, based on texts by W. E. B. Du Bois, for soprano and baritone soloists, chorus, and orchestra. 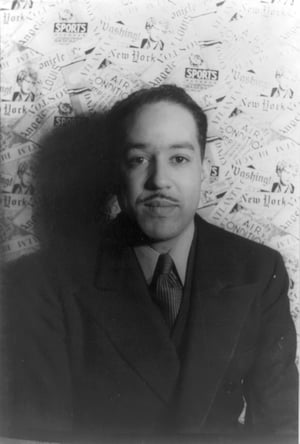 Bonds’s long association with Langston Hughes was the most significant of her many artistic collaborations. She discovered Hughes’s poetry at a moment of great need: facing everyday racism while a student at Northwestern, in her experience a “terribly prejudiced place,” she came across Hughes’s poem “The Negro Speaks of Rivers” and found it profoundly affirming. The two met in 1936 and developed a close friendship; she later recalled that they “were like brother and sister.” Over the years, Bonds set many of Hughes’s poems to music. Three Dream Portraits is one such work. The songs are poignant, expressive reflections on the pain of racism, combining melodious vocal lines with a richly textured accompaniment. The title, which recalls Hughes’s famous poetic question “What happens to a dream deferred?” and anticipates Martin Luther King, Jr.’s “I have a dream,” situates Bonds’s work in an ongoing tradition of African American art and activism: a musical call for urgent, necessary change.

Listen to the work of Margaret Bonds: 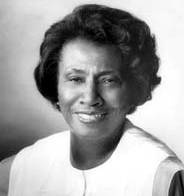 In a 1985 interview, Undine Smith Moore reflected that she had the good fortune to have been “surrounded by these great musical expressions of Afro-American people” throughout her long life. As a child in rural Virginia, she listened to music at church and studied piano with a local teacher, Lillian Allen Darden. As a college student at Fisk University, she played piano and organ, sang in the choir, and soaked up performances by visiting artists. Following her 1926 graduation, she divided her time between Virginia State College, where she was a member of the music faculty, and New York City, where she pursued graduate work at Columbia and enjoyed the artistic vibrancy of the Harlem Renaissance, in full swing around her. As a teacher, she mentored countless musicians, many of whom went on to become educators themselves. She also co-founded the Black Music Center at Virginia State College, which celebrated the heterogeneity of African American musical culture. Her later career was defined by plentiful honors and commissions; she wrote some of her most consequential works after her retirement from teaching in 1972.

Moore described African American music in Biblical terms as a “house of many mansions,” a multifaceted tradition with space for all manner of musical expression. Her own work exemplified this idea. She loved spirituals and serialism in equal measure, and drew upon myriad influences, from Bach to Stravinsky to folk songs she remembered from her childhood. Especially enchanted by choral music – of her 100-plus compositions, more than 50 are choral works – she also wrote chamber music and solo instrumental pieces. Some of her compositions are resolutely traditional, drawing upon familiar idioms. Others explore more adventurous musical terrain: tone clusters, unusual rhythmic patterns, and polytonality. 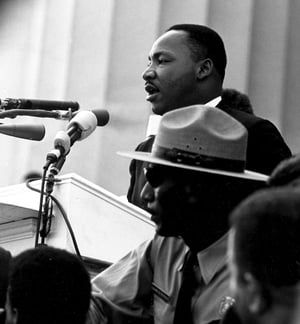 The oratorio Scenes from the Life of a Martyr is a deeply affecting work that highlights the emotional impact of Martin Luther King, Jr. upon individuals, rather than retelling the familiar story of his charismatic public persona. The libretto mixes poetry, spirituals, scripture, and original texts. The music is monumental yet openhearted, with relatively simple gestures building upon one another to create a sense of grandeur. Moore noted that although the oratorio honors Dr. King, it is also about “the lives of ordinary men and women who struggle against the tragedies of human existence” – a fitting aim for a piece that marked the culmination of a distinguished and generous career.

Listen to the work of Undine Smith Moore: 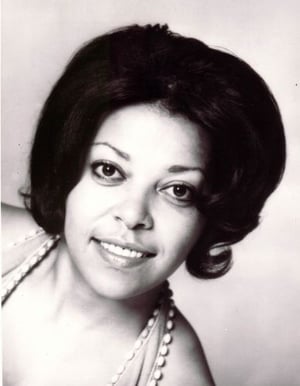 “I never knew a time when I wasn’t interested in music,” Dorothy Rudd Moore once recalled. Growing up in Delaware, she studied piano and clarinet, sang in a school choir, and wrote songs and piano pieces. Yet it wasn’t until she enrolled at Howard University that she considered writing music professionally. At Howard, where she studied with Mark Fax, Moore’s compositional career blossomed: she wrote her first symphony, wrote and starred in a musical called Race for Space, and won a scholarship to study with Nadia Boulanger in Fontainebleau, France in 1963. After returning to the United States, Moore met and fell in love with the cellist, composer, and conductor Kermit Moore; they married in 1968. That same year, they became co-founders of the Society of Black Composers, a New York-based organization that promoted and performed concert music by African Americans. Given the paucity of role models for aspiring black composers – Moore once noted that as a young girl, she “didn’t even know that the word ‘composer’ existed” – the organization offered a vital support network.

Moore has stated that “There is no such thing as ‘the black composer.’ We are all different.” Accordingly, “African Americans, like anyone else, should be free to express their art through the prism of their own creativity.” Her compositions are stylistically hard to place, juxtaposing lush lyricism with spiky dissonances and structural complexity. Some are abstract in nature, while others are tied to particular social and historical reference points: for instance, Moore described the song cycle From the Dark Tower (1970), which sets texts by eight Harlem Renaissance poets and was written during the civil rights movement, as her own “black power statement.” 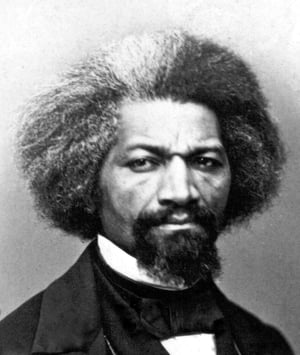 The opera Frederick Douglass, which narrates its protagonist’s life via a series of dramatic tableaux, is among Moore’s most significant compositions. Nearly three hours long, and a decade in the making, the opera involved extensive historical research and a lengthy process of revision. Moore wrote both the score and the libretto, and recalls that as she worked on the piece, she felt a deep affinity with her subject: “there was a moment which was as though [Douglass] were sitting around my shoulder. It was something just uncanny.” Since its 1985 premiere by the company Opera Ebony, Frederick Douglass has continued to garner acclaim and admiration for both its important subject matter and its artistic ambition.

Listen to the work of Dorothy Rudd Moore: