Anthony Roth Costanzo takes readers
into the world of rehearsing an opera, BLO's upcoming Agrippina.
This is the first in a series of posts
entitled "Three Questions" where I ask collaborators from the
Agrippina team about art, life, and everything in between. My first victim is
our production's assistant director Crystal Manich. Crystal, an accomplished
director in her own right, just finished helming Handel's Rinaldo for Pittsburgh Opera. She has directed nationally and
internationally and received praise from The
New York Times and  The Wall  Street Jouranal, among many other
publications, for her extraordinary work. In addition to her engagements as a
director and assistant director, she is the co-founder and co-artistic director
of Opera Omnia, a company which produces baroque opera. I asked Crystal to
elucidate the process of bringing an opera to life: 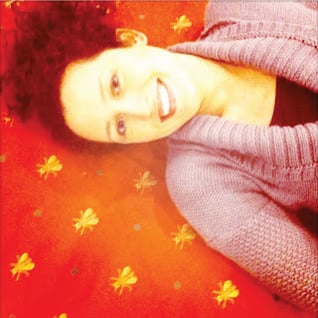 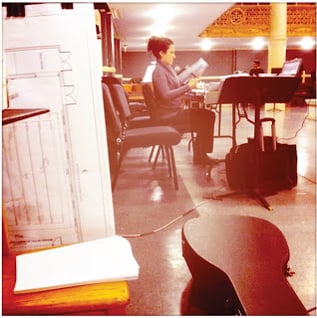 ARC:
You've
just come from directing a Handel opera and will be working on another this
summer; while this composer's unique dramatic format is not new to you, does
Agrippina represent any firsts, big or small?
CM:
What
makes Agrippina unique is the way that Handel writes comedy. The thought that
Handel put into deciding whether a text is serious or not is all based on
how he sets that text to music.  Musical setting also effects whether a
character is telling the truth, lying, flirting, or becoming murderous... the
range of possibilities is endless.  Also, as with all Handelian operas,
the singer has so much control with regard to the delivery of a line during the
recitatives.  One small adjustment, emphasizing a word in one way rather
than another, makes all the difference in the world.  Then, of course, one
has to consider the physicalization of this text: it's a lot of work!
ARC:
In
your experience what role does the atmosphere of rehearsals play in the final
product? Can you give us an example?
CM:
Atmosphere
in the rehearsal process is essential for the success of a show.  No
question.  There is an amazing connection that people build naturally.  Usually
it takes less than three days of rehearsal before you feel as if you have known
everyone for a long time.  The work is very intimate.  If for some
reason there were to be a bad relationship between one person and another, no
matter on what side of the stage they work, the performance would be greatly
affected.  A positive and nurturing atmosphere guarantees a team effort
onstage as well as cohesive storytelling.
ARC:
As a
director, do you feel you have a role in changing the face of opera or do you
feel there is no change necessary? In creating productions, how can we keep
opera alive and relevant?
CM:
I
think that opera is just like any kind of live performance: it is always
morphing.  That's what good art should do.  When it stops being
spontaneous, then it isn't art anymore.  Why would we want to repeat the
same staging techniques over and over again?  Puccini (as just one
example) wasn't afraid to change the form, so why should we be?  With
regard to creating productions, I don't believe in "relevance."  These
works survive because there is something universal and true in their stories
that is not specific to any time or place.  These are stories about people
just like us.  I truly believe that if you present real human
relationships onstage--all of the time--then it will always be relevant despite
the "style" or time period in which it is set.  It's only when
there is dishonesty that it becomes a mere museum piece.  An emperor is a
human.  A man who has had his heart broken is no stranger to us.  The
greed that is so prominent in  Agrippina is
recognizable in many aspects of society today.
To read more about Crystal, visit her
website:  crystalmanich.com