The Sorrows of Young Werther by Johann Wolfgang von Goethe
Translated with an introduction and notes by David Constantine
Oxford University Press, 2012 (paperback)
A fine translation that “captures the novel’s lyric clarity” and the passionate introspection and desperate intensity of feeling that made it such a powerful exemplar of Romantic passion in its time, served as a inspiration for Massenet’s outpouring of devastating emotion, and still offers a powerful emotional punch today.

Massenet is know primarily for two of his operas, Manon and Werther. But he was a prolific composer, and between 1867 and his death in 1912, he provided the French operatic world with a series of works of great variety and invention. He was a highly trained professional and very successful musician working always with a greatly developed sense of craft (ironically, perhaps, a fact that has contributed to his somewhat ambiguous position critically, in the end). His work is drawn from a strikingly varied stock of authors (Flaubert, Corneille, Anatole France, Perrault, Cervantes, Rabelais) and his responses to them are often charged with an innate theatricality. Many are today forgotten, but others have been revived and recorded and appreciated anew. Check out a few of my favorites... 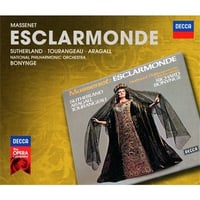 La Navarraise
Massenet tries “verismo”…the piece is set in the thick of a Spanish civil war in 1874. Like Tosca, somewhat of a “shabby little shocker” and, also like Tosca, bold, obvious, and very effective.

Cendrillon
Massenet’s tale of Cinderella. Wit, elegance, charm, a bit of parody, a bit of pseudo-baroque and some exquisite love music. 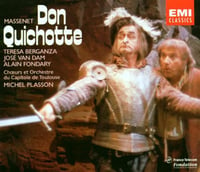 Don Quichotte
His last operatic success, written for Chaliapin, the famous Russian bass. A very skillful mingling of sentiment and comedy, pastiche and contemporary style. The death scene of the Don is famously moving.

Don’t forget…start at smile.amazon.com and support Boston Lyric Opera every time you shop!