Alex Richardson Dives into Werther: An Interview with Richard Dyer

The former New Mexico high school state champion in springboard diving is currently singing the title role in Massenet’s Werther with Boston Lyric Opera. That would be the rising American tenor Alex Richardson. (His final three performances are tonight, Friday night at 7:30pm and Sunday afternoon at 3pm in the Shubert Theater.)

It is a long way from high school diving to portraying the neurotic, self-absorbed and suicidal hero Werther, who was created by the young Johann Wolfgang von Goethe out of his own recent painful memories—an anti-hero/poet who has haunted the imagination of the world for more than two and a half centuries now. Massenet’s operatic adaptation is one of the longest and most strenuous roles in the repertory for lyric tenor, but Richardson’s performance has earned him another sheaf of admiring reviews to add to his growing pile.

He has encountered Werther before, but this is his first major production of the opera. A few years ago he learned and memorized the part in two weeks in order to replace both singers who were supposed to alternate in the role in a production at the University of North Texas; the conductor, who was a friend, asked him to step into this emergency. Later he covered the role for the National Opera in Washington, D. C., although he was never called on to go on; Crystal Manich, BLO’s stage director, also worked on that production. After that he sang the opera again recently in a concert performance in New York’s Merkin Hall. So Richardson felt ready to take on the role on short notice when the artist the BLO had engaged was forced to cancel when he unexpectedly required surgery for a back problem.

But he accepted the offer with one caveat—he would need to miss part of the rehearsal period. He has been married for three years, but the planned honeymoon in Costa Rica had already been too often postponed because of changes in Richardson’s schedule, even though the couple had had reservations. So in mid-rehearsals, Werther basked in the sun for a week.

The rest may have done him good. “This is a really long role and learning to pace yourself in it is a continuous journey and you have to have some reserves left for the end of the show. It is also very emotional music and the orchestra has a very important role in it—Massenet learned that from Wagner. The orchestra isn’t just underscoring the singer. The second aria, ‘Un autre est son époux,’ is high and loud and so fast you don’t have a lot of time to breathe. The secret is to bring it down while at the same time pushing it forward. You have to really sing the role and not overblow it. I believe the reason the opera has become so popular is that the love-triangle situation is so plausible that everyone can relate to it. Werther’s response is extreme, but this is absolutely a present-day situation.”

In person, Richardson projects a sunny confidence; his curly hair is short-cropped, unlike the long, unkempt wig he wears onstage, and his manner is informal. And he points out that years of springboard diving proved a useful preparation for opera singing, a fact he was not entirely aware of at the time.

“I believed that athletics would be my ticket to college, although it turned out that music would be. I took diving very seriously—I competed in the Junior Olympics and made it to the nationals. This is an individual sport and, in competition, the judging is subjective. It takes a lot of heavy concentration on technique and on body awareness—you need to know what your body is doing in space and time. This came in handy when studying voice. If I need to drop my back, I know how to do it. And the scoring is just like what it is in singing; your score depends on someone’s personal opinion of how you did. This is not like a race where the person who comes in first wins. It was good for me to experience that kind of subjective competition when I was a teenager.”

Richardson grew up in Las Cruces, New Mexico; although the population was under 100,000 when Richardson lived there, it was the second-largest city in the state, after Albuquerque. It has a very lively musical community and a real commitment to arts education in the public schools—the prominent pianist Jeremy Denk attended the same high school as Richardson, but a few years earlier. Richardson’s whole family was musical, although he is the only one who is pursuing music professionally. “My mother sang and my father played classical guitar, and I was already singing when I was a boy soprano—‘Silver Bells’ and things like that. After my voice changed I sang baritone for a short time before I found my natural range. I was very lucky because a college music teacher named Donald Morrison came to Las Cruces to retire. He directed a community chorus and asked me if I would sing in it. He couldn’t pay me anything but offered to give me free voice lessons instead, and I said yes. He introduced me to art songs and Lieder, and gave me my first aria, ‘Una furtiva lagrima’ from Donizetti’s L’Elisir d’Amore. After a while he began to encourage me to go to music school, and he even suggested that I give a senior recital. I didn’t quite know what that meant, but I said OK. I sang my aria, a song by Donaudy, and songs by Brahms, Fauré and Samuel Barber. I didn’t know that not every teenager did things like this!”

Richardson sang auditions for colleges and chose the University of Colorado in Boulder. “In my junior year I sang Albert Herring in Britten’s opera, my beginning with a composer who has been very important to me. I also did Flute in A Midsummer Night’s Dream, which is a wonderful part, and Ramiro in Rossini’s Cenerentola.” To this day he remains in close contact with friends and faculty in Boulder. “It is a very strong pedagogy school; my mentors let me grow and helped me develop a healthy technique in my formative years. And I became a sponge absorbing interesting musical challenges.”

He then moved on to the Manhattan School of Music and summer programs at the Central City Opera in Colorado and the Santa Fe Opera; in Santa Fe he made his professional debut in Osvaldo Golijov’s Ainadamar—and his first appearance as a flamenco singer. He arrived as a fellow at the Tanglewood Music Center in 2008 and 2009—an experience that drew him into the orbit of the Boston Symphony Orchestra. At Tanglewood he appeared in Weill’s Mahagonny and in Stravinsky’s Pulcinella, which he sung under the direction of Rafael Frühbeck de Burgos. Since then he has appeared in Beethoven’s Choral Fantasy, Strauss’s Salome, and in Szymanowski’s King Roger, in which he sang a small role and understudied the crucial part of Edrisi.

He has had additional Boston connections, appearing twice with Boston Midsummer Opera, singing lead parts in Donzetti’s Don Pasquale and Nicolai’s The Merry Wives of Windsor, and both in Boston and at Tanglewood leaving a vivid impression as Tom in John Harbison’s The Great Gatsby.

Meanwhile he has been building up a wide range of tenor roles, large and small, in almost two dozen operas of many periods and styles, from Mozart (Tamino in The Magic Flute comes next) through Louis Andriessen. In Toledo he sang Scaramuccio in Strauss’s Ariadne auf Naxos with Boston-area soprano Barbara Quintiliani in the title role. Cavaradossi in Tosca is about the heaviest role Richardson has tackled so far, although he will sing the title role in Britten’s Peter Grimes this summer. He was on the Metropolitan Opera roster this season to cover the demanding role of Alwa in Berg’s Lulu—a testimony to the security of his musicianship; next season he is scheduled to sing the young shepherd in Wagner’s Tristan und Isolde. His most publicized appearance to date was in the first production of Franco Faccio’s neglected opera, Amleto [Hamlet], since 1871—Richardson took the title role.

“I have no plans to sing Otello or Lohengrin or Siegfried,” Richardson says with a chuckle. He’s about to head off to watch a rehearsal of Werther with the understudies; he’s a good colleague. As he heads for the door, he unwraps a piece of butterscotch candy and pops it into his mouth. Werther’s, of course. 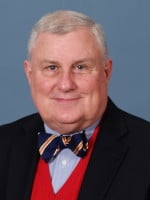