Get to Know Tahiti/Arias in 5 Minutes or Less

TROUBLE IN TAHITI and ARIAS & BARCAROLLES
MAY 11 – 20
Music and Libretto by Leonard Bernstein
Sung in English
Length: Approx. 75 minutes, with no intermission 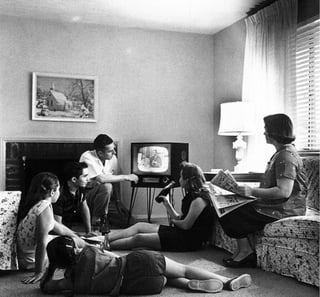 A jazz trio sings of suburban life in the 1950s. In a picture-perfect house, married couple Sam and Dinah argue over breakfast. Later, at his office, Sam confidently denies and grants loan requests. In her psychiatrist’s office, Dinah recalls a dream: she was in an overgrown garden, trying to find her way out, when she heard a voice promising to lead her to a quiet place.

At lunch, Dinah and Sam run into one another and each invents an excuse to hurry away. They reflect on the unhappy turn their relationship has taken.

Sam revels in his triumph at a handball game. After seeing a movie called “Trouble in Tahiti,” Dinah recounts how terrible it was, but gets caught up in the fantasy of it all. That evening, Sam wishes he did not have to return home. Sam and Dinah try to have an honest conversation, but quickly fail to connect. Growing desperate, he suggests they go to a movie. They prepare to leave, each wondering if a happier future lies ahead while the trio croons.

Arias & Barcarolles is a song cycle which Bernstein wrote and premiered in 1988, toward the end of his long career and life (he died in 1990). At its premiere, it was performed in a version for four singers (soprano, mezzo, and two baritones) with Bernstein himself at the piano along with Michael Tilson Thomas (pianist, conductor, and composer, as well as the current Music Director of the San Francisco Symphony). BLO will perform a version of the piece for mezzo-soprano and baritone, with piano four hands and chamber
ensemble. The eight-song cycle is approximately 30 minutes in length and is a highly personal reflection of love, family, and self—at times full of irony, at times optimistic. 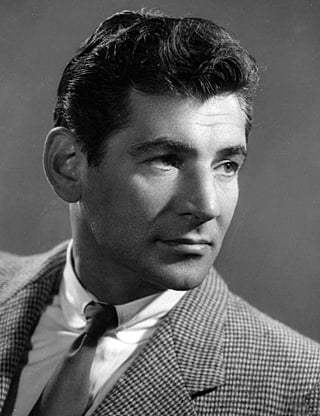 The year 2018 marks the 100th anniversary of Leonard Bernstein’s birth (August 25, 1918) and companies around the country are presenting programming to celebrate his music. Locally, these include (of course) BLO’s production of Trouble in Tahiti and Arias & Barcarolles (May 11 – 20); New England Philharmonic with a concert titled “Ancient, Modern and Bernstein” at the Tsai Performance Center on March 3; Boston Symphony Orchestra’s March 2018 presentations of Bernstein’s Symphony No. 2, The Age of Anxiety, and Symphony No. 3, Kaddish; Brandeis University’s Festival of the Creative Arts honors Bernstein from April 15–22 (with a BLO appearance on April 15!); Symphony Pro Musica with his suite from On the Waterfront (May 19 & 20); and the Tanglewood Festival 2018 Season, dubbed the Bernstein Centennial Summer and replete with can’t-miss performances of Chichester Psalms, A Quiet Place, Candide, Fancy Free, and much more. 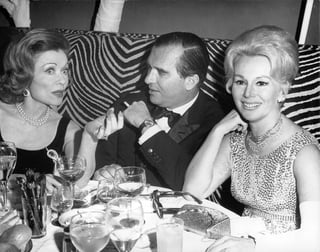 In a unique and imaginative production, Trouble in Tahiti and Arias & Barcarolles will be presented as a cabaret, built within the DCR Steriti Memorial Rink. Audience seating will be at small tables surrounding a thrust stage, with traditional rows of seats ringing the space’s perimeter. The visual mood and decor are partially inspired by the famous 1950s nightclub El Morocco. With 15,000 square feet for BLO’s designers to play with, and only steps away from the legendary restaurants and amenities of Boston’s historic North End, this is a theatrical experience not to be missed.