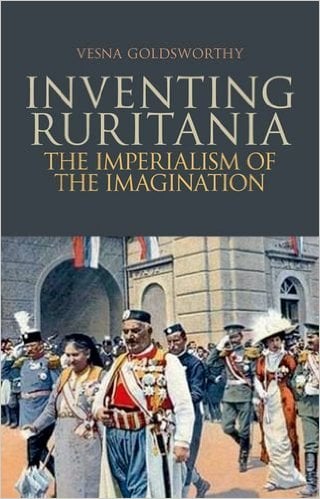 Inventing Ruritania: The Imperialism of the Imagination
By Vesna Goldsworthy
Columbia University Press, 2012
Ruritania, Grustark, Marsovia, Pontevedro…all famous kingdoms of improbable love affairs and intrigue, grand dukes and grand balls, duels, midnight assignations, and all the adorable claptrap of the frothy world of escapist romance—and operetta. And yet these places are also fictional dreams, darkly reflecting (or attempting to cover up and repress) a historical Balkan world of instability, violence and historical chaos. After all, this was the site (Sarajevo) of the lighting of the fuse that blew up that pretty European world into a million bloody pieces. This fascinating book charts the fraught relationship of Central Europe to this area in its historical dimensions, psychological complexity, and its intricate and often unexpected literary and cultural manifestations.

The BLO production of The Merry Widow is set in 1913 on the New Year’s Eve of a year that would lead, in eight months, to the unimaginable violence and destruction of WWI…where the beautiful and the good of Europe blindly, heedlessly, recklessly waltzed their way into a Hell of their own making.

There are numerous books that chart this terrible but compelling journey. Here are two of the most vivid:

1913: The Year Before the Storm
By Florian Illies
Melville House, 2013
Translated from the German by Shaun Whiteside and Jamie Lee Searle
A month-by-month account detailing the events, both big and small, of that crucial year. Rich, even idiosyncratic, in detail, vast in its historical sweep, and breathtaking in its illuminating evocation of a world about to commit suicide. 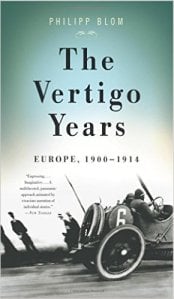 The Vertigo Years: Europe, 1900-1914
By Phillip Blom
Basic Books, 2008
A step further back…now a year-by-year account of a “world adrift…a pulsating era of creativity and contradiction, possibilities and nightmares. Prime ministers and peasants, anarchists and actresses, scientists and psychopaths intermingle on the stage of a new century in this portrait of an opulent and unstable age…”

Waltzing at the Cinema

The Merry Widow has been a popular subject for cinematic treatment practically from the beginning of its illustrious career. Two of the best are: 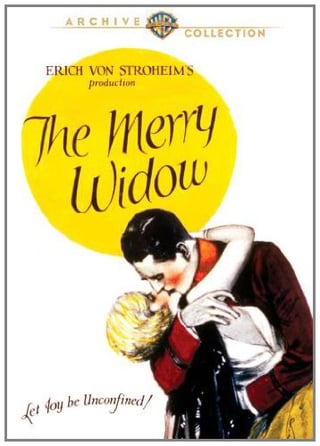 Both deviate quite a bit from the original, as each expresses the idiosyncratic and unmistakable sensibility of its director…obsessive (even a bit kinky) in the case of Stroheim and elegantly sophisticated and visually witty with Lubitsch. Although Chevalier and MacDonald are not my favorite performers (their smug satisfaction with their too evident charms do not wear particularly well), who could miss any tempting examples of the “Lubitsch touch”? Incidentally, the English lyrics in the Lubitsch film are by another master of sophistication, Lorenz Hart. And the characterization of Hanna as an American showgirl in Lillian Groag’s new adaptation for the upcoming BLO production is inspired by the Stroheim film (“Sally” in the 1925 movie).

The 1952 lushly campy version (in quasi-lurid Technicolor ) with Lana Turner (also as an American widow) and Fernando Lamas is also perhaps worth a quick look, but is pretty feeble compared to the above (which are both available in excellent DVD versions).

Don’t forget—start at smile.amazon.com to support BLO every time you shop!